Trustee members lend their concern and expertise to address issues concerning the community, politics, and business, to help ensure a solid future for local enterprises and our citizens. Together, we are insuring the continued growth and vitality of each business and that of the Chamber for many years to come. 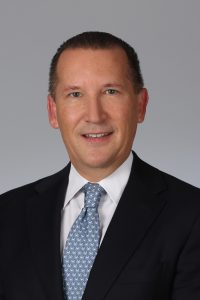 In fact, just over the last five years, Butters has put together over 200 acres with a potential build out of 3 million square feet of industrial space, in Dade County alone, to become one of Miami’s leading industrial developers. Butters Construction & Development has won the National Association of Office and Industrial Property’s South Florida Chapter “Developer of the Year” award six times and, as well as being inducted into the Florida International University, Entrepreneurial Hall of Fame. Malcolm Butters is considered one of the most innovative and creative developers in the state. He was one of the pioneers in elevating the architectural standards for Commercial buildings resulting in aesthetically pleasing, award winning facilities. Malcolm Butters is also active in a number of community and nonprofit organizations. He’s a board member for the Real Estate Advisory Board for the University of Miami, as well as founder of the “Malcolm & Catherine Butters Real Estate Scholarship” award for the Florida International University Hollo School of Real Estate. Butters earned a Master’s Degree in Real Estate from Florida International University in 1983 and a Bachelor in Finance from the University of Miami in 1982.